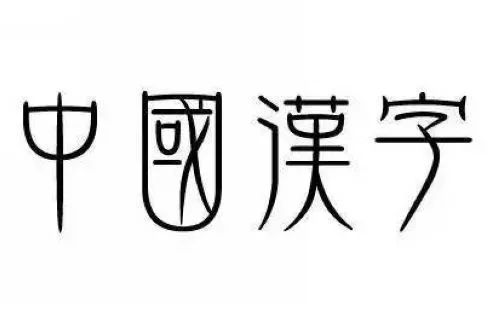 The Evolution of Chinese Characters 汉字的演变

The characters of Chinese used by Chinese people carry a full load of thousands of years’ history of China(承载了中国几千的历史). With small changes of in writing methods since ancient times, they are used in all dialects as the common written characters. Therefore, the Chinese characters have played an extremely important role in the inheritance of Chinese civilization（汉字在历史上对中华文明的传承起到了十分重要的作用）.

The Origin of Chinese Characters 汉字的起源

In legend, there was a figure in remote antiquity(上古时期) named Cang Jie and it was he, as the legend goes, who had created the Chinese characters according to the shapes of all things. So he has the title of “Sage of Character creation(造字圣人) ”, as later generation addressed him. Nevertheless, it is improbable for any single person to create a complicated character system at one time. The characters are actually developed by many people gradually in the long process of invention, accumulation, and evolution.

All Chinese characters are logograms（语素文字）, but several different types can be identified, based on the manner in which they are formed or derived. There are a handful which derive from pictographs （象形）and a number which are ideographic （指事） in origin, including compound ideographs (会意), but the vast majority originated as phono-semantic compounds (形声). The other categories in the traditional system of classification are rebus or phonetic loan characters （假借）and "derivative cognates"（转注）. Modern scholars have proposed various revised systems, rejecting some of the traditional categories.

There are numerous styles（字体）, or scripts, in which Chinese characters can be written, deriving from various calligraphic and historical models. Most of these originated in China and are now common, with minor variations, in all countries where Chinese characters are used.

The Shang dynasty oracle bone script（甲骨文） and the Zhou dynasty scripts（金文） found on Chinese bronze inscriptions are no longer used; the oldest script that is still in use today is the Seal Script（篆书）. It evolved organically out of the Spring and Autumn period Zhou script（金文）, and was adopted in a standardized form under the first Emperor of China, Qin Shi Huang. The seal script, as the name suggests, is now used only in artistic seals.

Scripts that are still used regularly are the "Clerical Script" (隶书) of the Qin dynasty to the Han dynasty, the Weibei (魏碑), the "Regular Script" (楷书), which is used mostly for printing, and the "Semi-cursive Script" (行书), used mostly for handwriting.

The cursive script (草书) is used informally. The basic character shapes are suggested, rather than explicitly realized, and the abbreviations are sometimes extreme. Despite being cursive to the point where individual strokes are no longer differentiable and the characters often illegible to the untrained eye, this script is highly revered for the beauty and freedom that it embodies.

At present time, the Chinese language has two systems of standard characters in use, namely, the simplified characters and the original complex characters(简体字和繁体字). The former is used in mainland China, Singapore and Chinese communities in Southeast Asia; while the latter is used in Taiwan, Hong Kong, Macao of China, and also in Chinese circles of North America.

After the founding of the People’ s Republic of China, the Chinese government established a special institution for the work of simplifying Chinese characters and popularizing putonghua (普通话the commonly spoken Chinese). The simplification of Chinese characters involves simplifying some of the strokes on the basis of traditional characters, thus forming the simplified ones easy to write. And the corresponding traditional ones are called complex characters.

Confucius was a well-known great thinker and educationist in Chinese history. The institutes (or schools) named after him are schools of commonweal(公众福利) for the popularization of Chinese language and culture in the whole world(以孔子命名的学院或学堂是在全世界推广汉语、传播中国语言文化的社会性公益学校), and their headquarters is located in Beijing. In the year of 2004, the first Confucius institute was founded in Seoul of ROK. 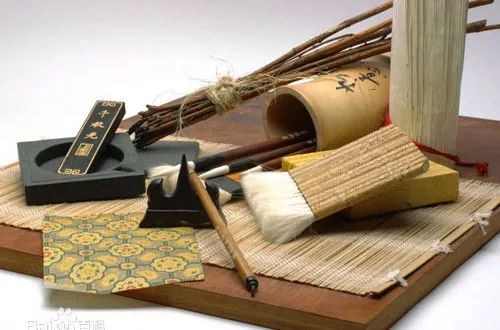 Four Treasures of the Study 文房四宝

Wenfang 文房refers to the study for a man of letters, and the tools and materials for calligraphy and painting include the writing brush, ink stick, ink slab and paper (笔、墨、纸、砚), so they are jointly called “the four treasures of the study”. In addition to these, there may also be other accessories for calligraphy and painting in the study, such as brush pots, brush racks, ink boxes, brush rinsing dishes, seals and seal boxes, ets (还有笔筒、笔架、墨盒、笔洗、印章、印盒等多种书法和绘画用品).

Writing brushes are the traditional writing tools in China, dating from 1600 BC to 1066 BC. The point of the brush is usually made with hair from animal tails and the shaft of bamboo sticks. The sizes of writing brushes fall into three types, namely large, medium and small for writing characters of different sizes respectively (根据书写字体大小不同，毛笔有大、中、小号). There are also larger ones called Dou brush （斗笔）or Ti brush （提笔）, and the largest one is called Zha brush （揸笔）.

Paper (纸) was first developed in China in the first decade of 100 AD. Previous to its invention, bamboo slips（竹简） and silks（嫌帛） were used for writing material. Several methods of paper production developed over the centuries in China. However, the paper which was considered of highest value was that of the Jingxian (泾县) in Anhui province.

This particular form of paper, known as Xuānzhǐ (宣紙), is soft, fine-textured, moth resistant, has a high tensile strength, and remarkable longevity for such a product–so much so that it has a reputation for lasting "1,000 years". The quality of the paper depends on the processing methods used to produce it. Paper may be unprocessed, half processed or processed. The processing determines how well ink or paint is absorbed into the fibre of the paper, as well as the stiffness of the paper itself. Unprocessed papers are very absorbent and quite malleable, whereas processed papers are far more resistant to absorption and are stiffer.

The ink slab, as a tool for grinding ink sticks and usually made of stone, is very important to an ancient man of letters in his study. The most famous is the Duan Ink Slab （端砚）produced in Zhaoqing, Guangdong Province （广东肇庆）, which is called Duanzhou （端州）in ancient times. This kind of ink slabs has a fine, soft and smooth texture and the ink liquid ground in them is well mixed and durable (端砚质地细密柔润，研出的墨汁均匀耐用). Ink slabs can also be engraved with exquisite designs as treasures of art (砚台上还能雕出精美的花纹，成为艺术珍品). 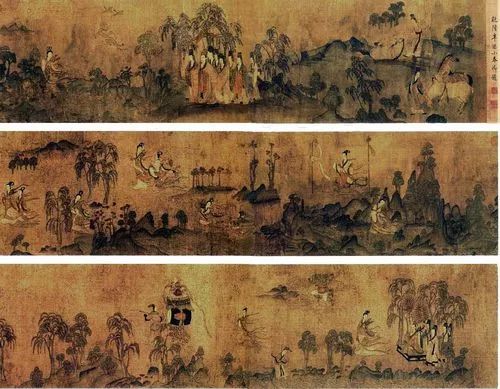 As a traditional art in China, traditional Chinese paintings are created through special manners of presentation and artistic principles, with writing brushes, ink, and pigment（色素颜料） which are all unique to the Chinese (国画是中国传统的绘画艺术，它用中国所独有的毛笔、水墨、颜料，以特有的表现形式和艺术法则创作而成). They can be classified, according to subject matter, into landscape, flower-and-bird and figure paintings.

Landscape paintings mainly depict natural scenery of mountains and rivers, which first came into being in Qin Dynasty 秦代and reached a high level in Song Dynasty 宋代. Chinese landscape paintings attach great importance to pouring out the emotion of the artist and strive for an artistic acme of emotion being in harmony with scenery (中国山水画重在抒发画家个人情感，达到情景交融的艺术境界).

Flower-and-bird paintings do not only depict flowers and birds only, but also bamboos, rocks, beasts, insects and fish (竹石、走兽、虫鱼) as well. What the artist advocates is that the depiction of these things could mould the personal temperament while embodying the internal moral character and the personal pursuit of the artist (画家主张通过对花鸟虫鱼的描绘，陶冶人的情操，体现作者内在的思想和追求).

Figure paintings focus particularly on the portrayal of the character’s activities, and the task of the artist is to draw out the pose and attire in lines for the purpose of conveying the romantic charm of the figure in the painting (画家用线条勾画出人物的形态和服饰，让人感受到画中人物的神韵). Ancient China has produced many great artists of figure paintings, such as Gu Kaizhi in Jin Dynasty （晋代顾恺之）, Wu Daozi in Tang Dynasty （唐代吴道子）, Tang Bohu in Ming Dynasty （明代唐伯虎）, and so on.

New Year’s painting is a kind of traditional Chinese paintings produced by means of woodcut process printing. As an old form of folk art in China, this kind of paintings all has festival themes and a sharp contrast in colors (年画是中国画的一种，它采用木刻套印的方法作画，内容喜庆、色彩对比强烈，是中国古老的民间美术形式). They are specially created for decoration of homes, warding off evil spirits and ominous occurrences in the celebration of the Chinese New Year (它是专门为过农历新年时装饰环境、除凶辟邪而创作的). That is why they are called New Year’s paintings.

Gongbi (工筆), meaning "meticulous", uses highly detailed brushstrokes that delimits details very precisely. It is often highly coloured and usually depicts figural or narrative subjects. It is often practised by artists working for the royal court or in independent workshops.

Ink and wash painting, in Chinese shui-mo (水墨, "water and ink") also loosely termed watercolour or brush painting, and also known as "literati painting"（文人画）, as it was one of the "Four Arts" of the Chinese Scholar-official class（中国文官阶层）. In theory this was an art practiced by gentlemen, a distinction that begins to be made in writings on art from the Song dynasty, though in fact the careers of leading exponents could benefit considerably.[2] This style is also referred to as "xieyi" (写意) or freehand style.

The "Six principles of Chinese painting" were established by Xie He（谢赫）, a writer, art historian and critic in 5th century China, in "Six points to consider when judging a painting" (绘画六法), taken from the preface to his book "The Record of the Classification of Old Painters" (古书品录). Keep in mind that this was written circa 550 CE and refers to "old" and "ancient" practices. The six elements that define a painting are:

1、"Spirit Resonance"（气韵生动）, or vitality, which refers to the flow of energy that encompasses theme, work, and artist. Xie He said that without Spirit Resonance, there was no need to look further.

2、"Bone Method"（骨法用笔）, or the way of using the brush, refers not only to texture and brush stroke, but to the close link between handwriting and personality. In his day, the art of calligraphy was inseparable from painting.

3、"Correspondence to the Object"（应物象形）, or the depicting of form, which would include shape and line.

4、"Suitability to Type"（随类赋彩）, or the application of color, including layers, value, and tone.

5、"Division and Planning"（经营位置）, or placing and arrangement, corresponding to composition, space, and depth.

6、"Transmission by Copying"（传移模写）, or the copying of models, not from life only but also from the works of antiquity. 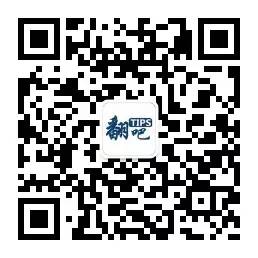